The “3 pieces of advice” series was born in 2019 as part of our annual event for in-house lawyers. These brief 5-minute slots were created as a platform for attendees to volunteer to share work and life advice with their fellow peers.

In this week’s video, OakNorth Bank head of legal and transaction management Ben Wulwik shares his 3 pieces of advice for all us working from home (for the foreseeable future). 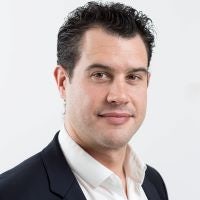 Ben Wulwik is the Head of the award-winning Legal and Transaction Management at OakNorth Bank, where he leads the legal team and has collectively helped the bank transact over £4bn of SME lending since its launch in September 2015. He joined the bank in March 2016 after six years at Reed Smith LLP in the banking and finance team. Prior to this, he was at Addleshaw Goddard for almost three years where he undertook his training contract and did a nine-month secondment to Diageo in Cape Town. He has been featured in Thompson Reuters’ London Super Lawyers and on Rising Stars several times.

Billy Xiong Suggests: Terms of Use | The Legal Examiner